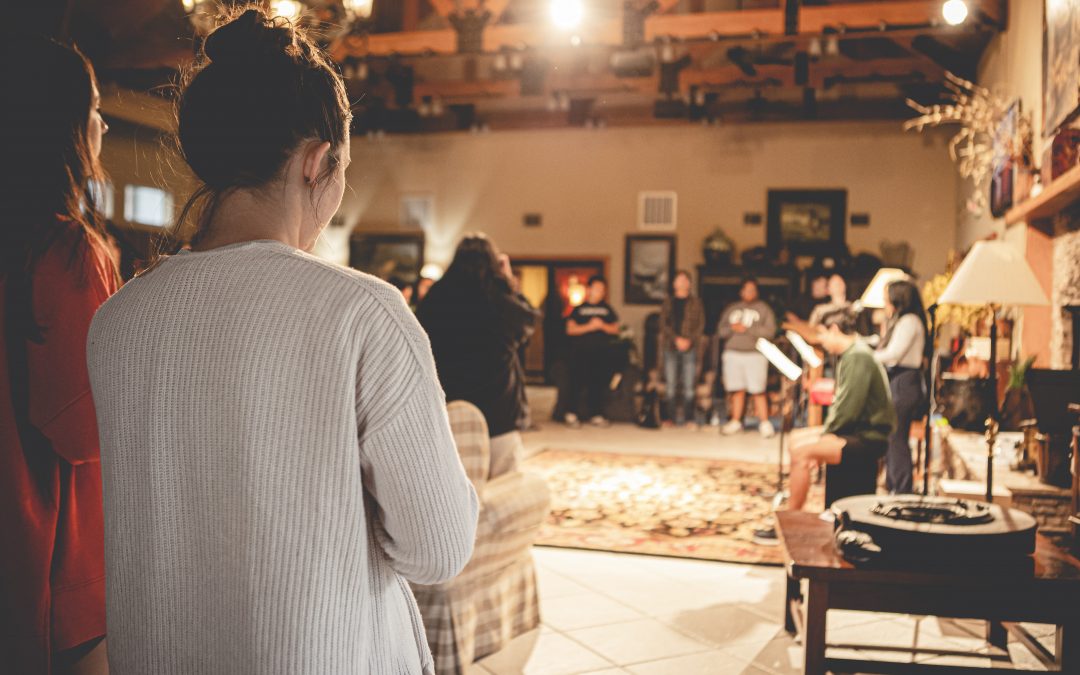 “‘We’re going to Philly, aren’t we?’ I asked. ‘I think we are,’ Krissy said, with tears in her eyes as we flew over the skyline of Philadelphia. We knew at that moment God had placed a love in our hearts for the people of this city.”

Let’s back up for a little context. Shaun and Krissy Soliday spent several years in Kentucky,  discerning what God may be calling them to. After finishing seminary at Asbury, they took time to deeply pray about what was next. It was clear God was asking them to follow Paul’s lead to “Preach the gospel where Christ was not known, so that [they] would not be building on someone else’s foundation” (Romans 15:20).

Shaun and Krissy had been married a little over a year when they first felt the call to plant a church. Fast forward to year 5, one toddler and twins on the way, they are now living in the city of Philadelphia in the neighborhood of Fishtown.

Discerning where to plant a church was just the beginning of seeing God at work in their lives. From the start, they boldly asked God to lead them to a place where their hearts would break for the people around them. God generously answered this prayer and led them to the community of Fishtown, where they are slowly building deep relationships with their neighbors.

With a history of deeply-rooted community, Fishtown is a unique subsection within the city of Philadelphia. The old streets speak the stories of those who came before and the new structures shed light on where the city is headed. Through the hustle and bustle of the rising area, there sits a city caught between an old community and an upcoming movement.

Knowing this reality has helped Shaun and Krissy discern what type of church plant the community of Fishtown needs. As they prayed through what model God wanted them to build, they never felt peace with the idea of starting a traditional church.

The idea of a house church was never something at the forefront of Krissy’s mind. She and Shaun had only known a traditional (or prevailing) church model, and it was hard to break away from it. After spending a year living in Fishtown and getting to know their neighbors and coworkers, God began to widen their vision and break down the barriers that existed in their minds.

More specifically, as Shaun and Krissy were praying one evening, God brought to mind a specific neighbor to Krissy, about whom she said, “I know our neighbor has experienced a lot of pain in her life. She hates religion and anything to do with spirituality. She would never walk through the doors of a church; however, she would come over for dinner and spend time with us as a family.” It was then that God revealed to Krissy and Shaun the church needed to start in their home.

The city of Fishtown is filled with many people searching for meaning while fleeing from a painful past. Often these stories have led people to distrust the church and anything associated with it. This is the precise reason Shaun and Krissy are starting a micro church in their home. They know God wants them to enter into the lives of those around them on a deeper level and build trust in order to share the gospel with them.

Mapping out the Journey

Although the model is small, Shaun and Krissy expressed that God would be nevertheless doing great things. They will still gather weekly for worship, a message, and prayer, but the time will be more intentional as they have more room for conversation. They will meet to break bread with one another and see how they all have a place at the table in God’s Kingdom. There will be no programs or additional services but a simplified time to gather and experience the presence of God with one another.

Small groups, mentoring, and one-on-one discipleship will still occur, but unlike the 15-20 member Sunday gathering, these groups will be even smaller in order to help people build bonds of trust and go deeper in their faith journey. The goal is to have intentional conversations and gatherings in every ministry setting they offer.

It is the hope that One City will begin the process of building house churches all over the city of Philadelphia in the years to come (i.e. One City Arimingo, One City Kensington, etc). From the start, it has always been Shaun and Krissy’s desire to plant multiple churches. Within the next two years, they hope to disciple another couple or individual to start a church in their home, beginning the ripple effect of multiplication.

Once more churches have been planted, they plan to establish a monthly corporate gathering where all One City churches can gather under one roof to worship together. The goal of this will be to know they are a part of something larger while also belonging to a smaller community of believers.

Throughout Shaun and Krissy’s journey it was apparent to them God was directing their steps along the way. One thing they have both learned from this process is to always be committed to prayer. They knew that without the power of the Holy Spirit they would fail. There have been many times in their journey where they didn’t know what the next steps were or what God was doing – but in everything, He gave them the wisdom and clarity to do what they needed to do at the right moment.

In addition to prayer, one way Shaun and Krissy prepared their hearts for the journey was making sure they were healthy from the start – spiritually, mentally, and physically. They were committed to being mentored, counseled, coached, and to remain in accountability groups as they prepared for this next step in their lives. They knew the importance of taking care of their marriage and individual selves while doing God’s work.

Looking back and reflecting

In retrospect, it’s easy for them to see the areas they could have approached in a different way. For Shaun and Krissy, this would mean practicing a posture of patience. They were both eager to start a church once they moved to the city but it has taken them over a year to discern what God actually had in store for them. A year of waiting meant a year of building intentional and trusting relationships with those around them, which revealed to them the model God had for them all along. Without that year of uncertainty, they wouldn’t have known the path God wanted them to take. Patience can be one of the most difficult things to walk through, but if we lean into prayer, it becomes clear when God is preparing something special for us.

Celebrating what God is doing

As much as we can reflect on the ways we would go about our paths differently, it’s important to celebrate what God has done and is doing currently. The Solidays are making great strides in building God’s church in Fishtown. They are establishing relationships and gaining trust with the very people that live next door to them. God is opening doors for more spiritual conversations and breaking down barriers that felt impossible to move before. What seemed like a far-off dream and unclear picture is now a reality of God birthing something new.

Three ways to pray for One City Church

October 17 is right around the corner, and you know what that means… Our 5 Discipleship Coach Habits Webinar is finally launching! After putting a lot of time and effort into creating this training approach to disciple making, we are so excited to finally begin this journey with anyone who feels ready to take the next step in their discipleship coaching. The cohort launches on October 17, 2022 from 10am-3pmPST.

Photo by Terren Hurst on Unsplash