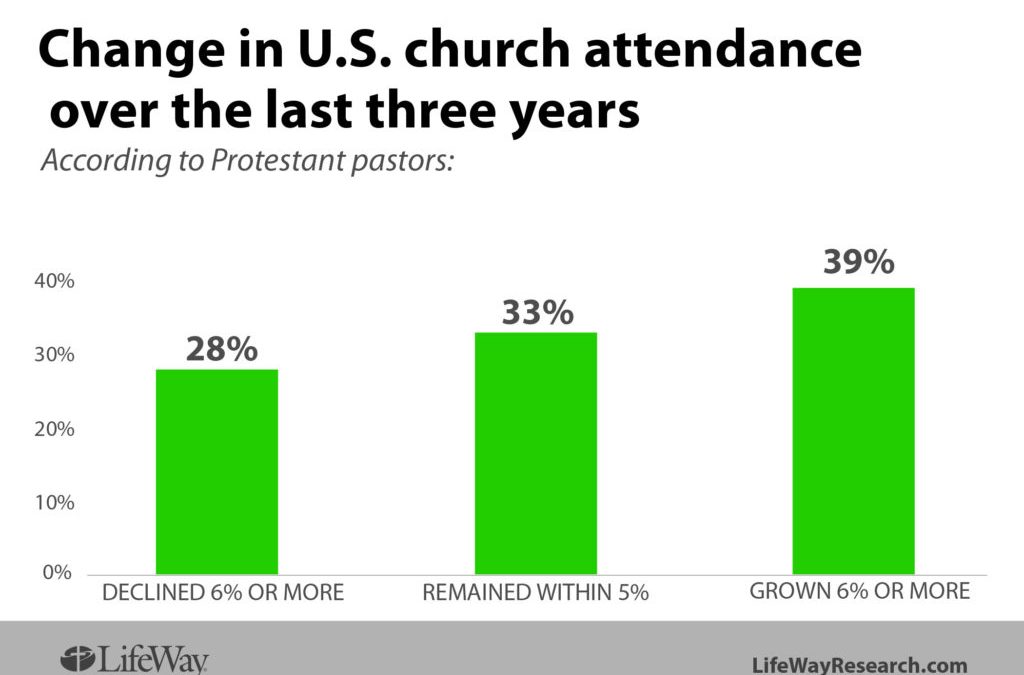 My wife Gina is a health coach.  One of the challenges she faces in working with clients is their ability to hear that 80% of weight loss is based on what you put in your mouth.  The other 20% is exercise.  Many times, it is like that bit of information is lost in translation.  Instead of putting the focus where it needs to be (food intake) the emphasis is placed on increasing the level of activity – exercise.

It is kind of like going to a church multiplication conference and walking away with a list of things that should be done and neglecting the need to shift the culture of the church.  Culture shift is a much more complicated, riskier and problematic exercise.

An intriguing study was released in March 2019 from Exponential by LifeWay Research entitled: “Small, Struggling Congregations Fill U.S. Church Landscape” (used with permission).  The article highlights some of the findings that will confirm, or contrast with, what you sense is happening with the church in America.  Essentially, the trend remains stable with about 72% of the congregations remaining about the same, or showing slight increases in growth, as the graphs above suggest.

I’ve tracked this trend over the last 30+ years.  It is disheartening to read that the situation is not changing.  But I also have two reasons to be hopeful.

First, the data suggest that small churches are more effective at making disciples of people far from God.

Forty-six percent of smaller churches (fewer than 50 in worship services) say they had 10 conversions or more for every 100 in attendance, while only 18 percent of churches 250 and above meet that benchmark.

My experience supports this, along with research beyond the US, from the international community (see “Is Bigger Really Better?  The Statistics actually Say NO!” by Neil Cole)  My observation is that small churches should remain evangelistically effective by making disciples through the reproduction of disciplemaking communities.  Culturally, the US is less receptive to creating a culture of multiplication for reasons that I won’t go into here; but the fact remains, the single most important question, that surfaces through the international data from Natural Church Development is an affirmative response to this issue:

Our church consciously promotes the multiplication of small groups through cell division?

It is sort of like when people go to Gina, my wife, the health coach.  When she explains to clients in order to lose weight “you must eat healthy and introduce exercise incrementally” there is dissonance.  The external response is often at odds with the internal response!

The mega-church in the US has traditionally, and continues, to attract the low-lying fruit (people looking for a church home who are for the most part, already followers of Christ).  In 2018 the largest congregation in the US had 43,000 people in worship services on a weekly basis – CLICK HERE for more information vs. the top 20 largest congregations worldwide with worship service attendance starting at 250,000+ through regional house church networks – CLICK HERE for more information (albeit dated, but still relevant for my purpose).  In the future, I predict the large church will be re-defined by two characteristics in the US:

This is what we have been learning from the international church.  However, the ramifications are much more significant than what we can imagine.  My experience suggests that until the pain reaches a tipping point where the way we are making disciples and planting churches really and truly is not working OR the resources are no longer available – change will be constrained to the pioneers

Here are three broad changes that are and will continue to occur in the future:

Each of these are hotly debated among denominations, seminaries and local congregations. Humanly speaking, If data alone drove change, then change would have happened long ago,  Ultimately, apart from the miraculous work of God, the driving force will be the resources required to run these institutions.  What gives me hope, and prayerfully excites you, assuming you’ve stayed with me so far; is that the next generation and the generation after that are looking for deep change AND the Lord of the Harvest is using institutions that have traditionally been unwilling to change, display an openness to change.  A number of examples can be given in each of the three categories above on large and small scales – but the window of change is opening.

Here are two examples of what I mean:

These examples are like the story of so many of Gina’s clients.  The pain and discomfort of remaining in an unhealthy state is overshadowed by their desire for a healthy existence.  When they reach that tipping point, deep change begins.

May the Lord give us insight and wisdom to seize the opportunity sooner rather than later. 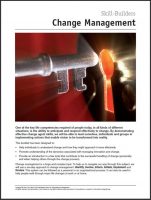 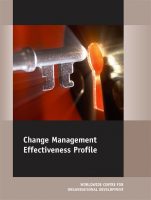