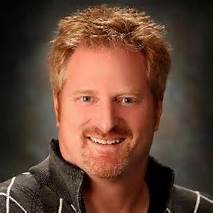 In 1988 I was a young seminary student engaged in church planting when my life intersected with an even younger college student named Tim Vink.  Tim and I met as short-term missionaries with Youth With a Mission in Amsterdam, The Netherlands.  We participated in street evangelism, ministered to young adults in night clubs and connected with a variety of people in the famed Red Light District to share the life-transforming message of the Gospel.  Many late nights were spent discussing the adventures of the day, challenges of the unique spiritual dynamics in the city and our dreams for the future.  One conversation stands out to me.  When asked what he felt God had called him to do with his life, Tim’s response was to lead a church multiplication movement (his actual answer was to “disciple a denomination” but I didn’t have a category that fit that vision).

When I caught up with Tim in 1999 he was leading a church that was in the early stages of planting new churches.  Tulare Community Church is a church planting church.  Presently. Tim serves in a national capacity for his denomination where he is helping leaders embrace a church multiplication DNA.  I asked Tim recently how many churches Tulare has planted, and as of Spring 2016 the number was around 35 – and still counting.  Some of the churches that Tulare has planted are planting into the third generation.  As a network, the denomination has planted over 360 churches to-date.

Tulare Community Church is a Level 5 Church – bent on multiplying, releasing and sending.

Previously, I introduced the book “Becoming a Level FIVE Multiplying Church Field Guide” (by Todd Wilson and Dave Ferguson with Alan Hirsch) and five levels of church multiplication as follows:

I found the book with the self-assessment helpful to determine where congregations are on the multiplication continuum. Read “Becoming a Level FIVE Multiplying Church Field Guide” and administer the self-assessment to determine where you are on the multiplication continuum.  Here are a few questions to help a Level 5 church reflect and reproduce church planting movements:

I’ve observed that when leaders have the right DNA and are willing to remove human barriers to church multiplication, the Holy Spirit is able and willing to move rapidly in people’s hearts so that His church is empowered to fulfill the mission to disciple the nations.